I am beyond delighted to announce that my fabulous agent, Steve Laube, has negotiated a 4-book contract for the Discarded Heroes series with Becky Germany at Barbour Publishing!! I am so honored that Barbour is allowing this series to come to life. It’s a departure from what they’ve been publishing, and I’m thrilled to join the ranks as one of their authors!

survived the cruelties of war,

and now these heroes return home
…wounded and discarded.

Each of the Discarded Heroes books is a full-length (100k), action-packed story. The first book NIGHTSHADE will release July 2010, with subsequent titles DIGITALIS, WOLFSBANE, and FIRETHORN releasing every six months thereafter. 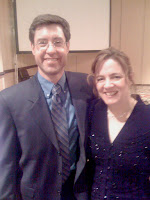 (and yes…this is the book that big brother John Olson promoted at Mt Hermon and the ACFW Conference last year–I owe him a huge debt of gratitude for so many things, including brainstorming and advocating for me. THANK YOU, JOHN!!):

For anyone still here and reading, here is the blurb for the first book, NIGHTSHADE

After a tour of duty in a war-torn country, embattled former Navy Seal Max Jacobs finds himself discarded and alienated from those he loves when he’s not able to cope with civilian life. His wife, Sydney, files a restraining order and a petition for divorce. Max is devastated.

Then a mysterious message arrives. A deep-six group known as Nightshade offers to help him find purpose in life once again by returning to the one thing he excelled at—war. Unable to resist the call of duty, Max signs on.

Their first mission is riddled with problems—and a set up. Max and the team must ferret a missionary family to safety before a deadly enemy can stop them. During the trek through the jungle something about the missionaries speaks to Max—and awakens the love for his wife he had long-thought dead.

Celebrate with me! This is a dream come true, and I pray that God can use these stories to minister to the heroes who protect our lives and freedom!!