RT Reviewers' Choice Award Winner!
He Who Fights Monsters - Tox must fight the monster without becoming one. 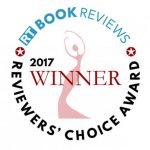 When You Stare Into the Abyss It Also Stares Into You


The bullet that rips into Cole “Tox” Russell was never meant to kill. It was meant to send a message. Only one man is skilled enough to have taken the shot, a rogue Special Forces operator who vanished months ago. 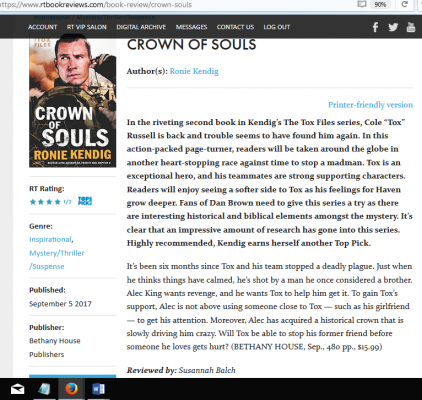 4.5 Stars - TOP PICK! "In the riveting second book in Kendig’s The Tox Files series, Cole “Tox” Russell is back and trouble seems to have found him again. In this action-packed page-turner, readers will be taken around the globe in another heart-stopping race against time to stop a madman. Tox is an exceptional hero, and his teammates are strong supporting characters. Readers will enjoy seeing a softer side to Tox as his feelings for Haven grow deeper. Fans of Dan Brown need to give this series a try as there are interesting historical and biblical elements amongst the mystery. It’s clear that an impressive amount of research has gone into this series. Highly recommended, Kendig earns herself another Top Pick."
– RT BOOK REVIEWS
Other Books in "The Tox Files"

Thirst of Steel
Look Inside
Disclosure of Material Connection: Some of the links in the page above are "affiliate links." This means if you click on the link and purchase the item, I will receive an affiliate commission. I am disclosing this in accordance with the Federal Trade Commission's 16 CFR, Part 255: "Guides Concerning the Use of Endorsements and Testimonials in Advertising."