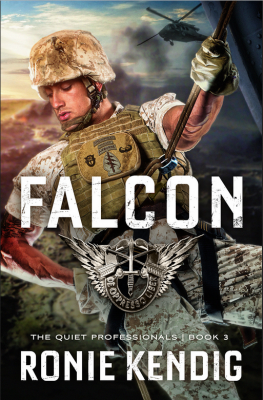 Raptor got hit hard. They're ready to even the score.

Special Forces operator Salvatore “Falcon” Russo vowed to never again speak to or trust Lieutenant Cassandra Walker after a tragedy four years ago. But as Raptor closes in on the cyber terrorists responsible for killing two of their own, Sal must put his life—and the lives of his teammates—in her hands.

Despite his anger, Cassie is ill-prepared for his resistance and the fallout when she must protect the one asset who can end the attacks.

Once again, Kendig blows fans away with her action-packed military novel that includes love, romance, betrayal, death and everything in between. Salvatore “Falcon” Russo is a dynamic and multilayered character who is intriguing to readers. As Kendig reveals more of him throughout the novel, readers are at times both sympathetic and frustrated with his choices. Fast-moving, surprising and engaging, Falcon is a must-read. – RT Book Reviews

Dramatic military adventures with all the heart-stopping adrenaline and details is what Ronie Kendig is known for, and Falcon delivers it all. Ronie Kendig is a master storyteller. This reviewer does not normally talk to her books, but I found myself yelling “NO” into the pages! Ronie’s sense of humor is such a breath of fresh air in the midst of all of the intensity that I laughed so hard. There were even a few out-loud gasps. Falcon is a must read. Guaranteed, the only reason you will want to put it down is to catch your breath! – Cristel Phelps, CBA Retailers

FALCON could very well be a story ripped from today’s headlines… Ronie Kendig’s explosive ending to The Quiet Professionals Series will keep you reading with rapt attention! … The women of Raptor are inspiring! – Amanda Geaney, Christian Shelf Esteem

Raptor is back in this suspense-filled, action-packed continuation to the Quiet Professional series. Ronie Kendig doesn’t pull any punches in Hawk as she thrusts her readers headfirst into a boatload of danger and a frigid snowstorm that has even the reader fending off frostbite. – Elizabeth Olmedo, Life Is Story

Other Books in "Quiet Professionals" 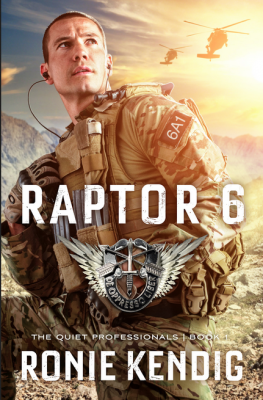 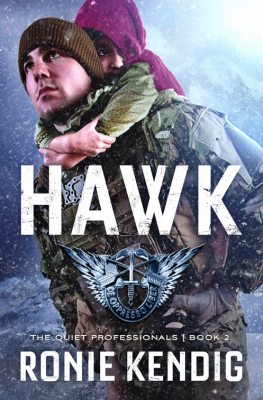 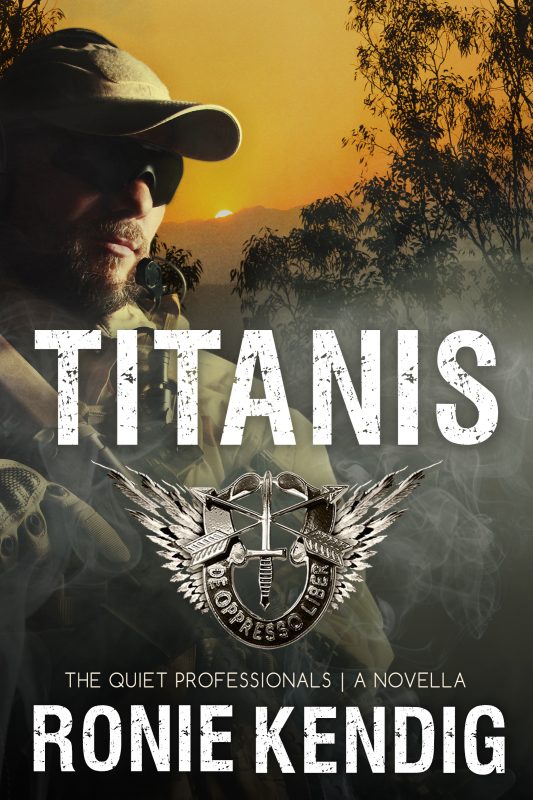 Titanis
Look Inside
Disclosure of Material Connection: Some of the links in the page above are "affiliate links." This means if you click on the link and purchase the item, I will receive an affiliate commission. I am disclosing this in accordance with the Federal Trade Commission's 16 CFR, Part 255: "Guides Concerning the Use of Endorsements and Testimonials in Advertising."