HOOAH!!! Today is the book birthday for CROWN OF SOULS (Tox Files #2). This is my 17th novel to be published and I’m bursting at the seams with this baby. CROWN was named a TOP PICK! by RT Reviews, who said it was “highly recommended!” 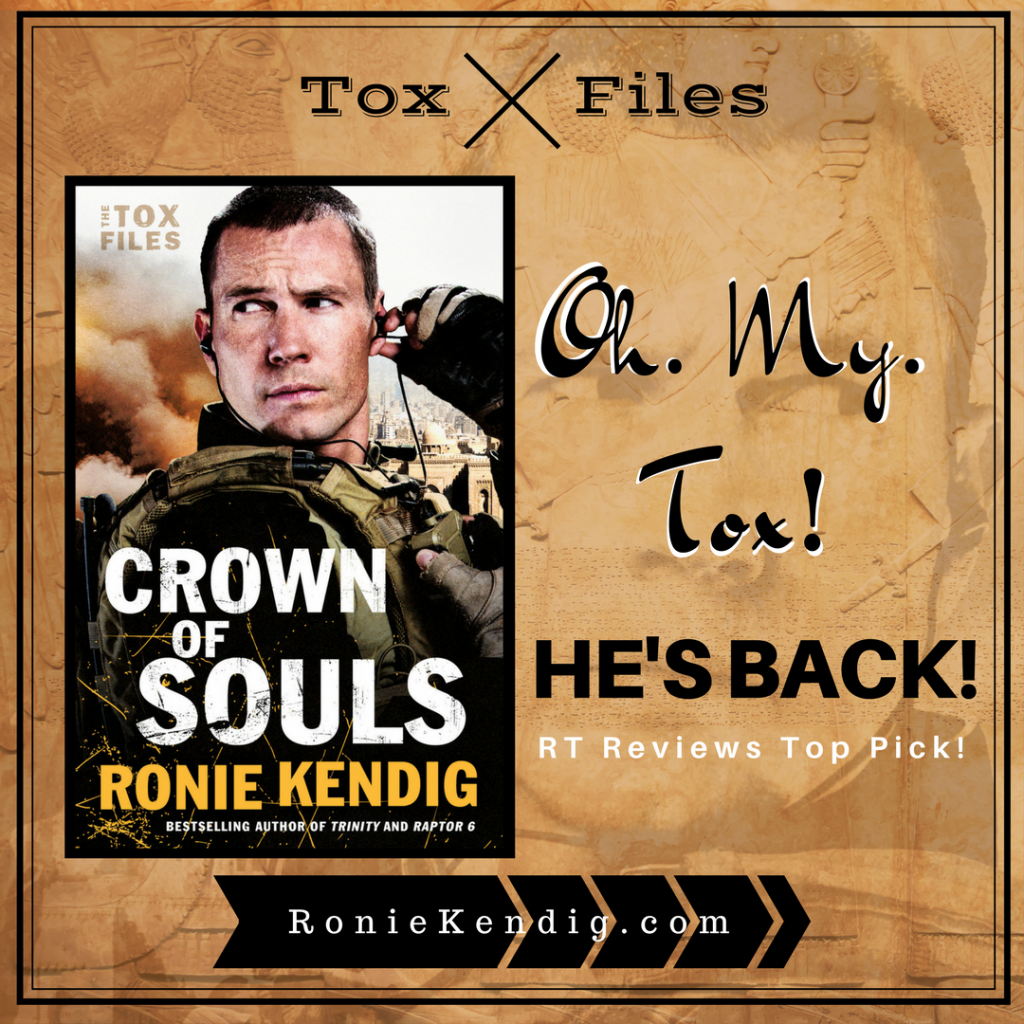 ABOUT CROWN OF SOULS

When You Stare Into the Abyss It Also Stares Into You

The bullet that rips into Cole “Tox” Russell was never meant to kill. It was meant to send a message. Only one man is skilled enough to have taken the shot, a rogue Special Forces operator who vanished months ago.