I’m delighted to share that DAWN OF VENGEANCE, the epic next installment in the Droseran Saga, released on Tuesday December 8th. It’s time for you to grab this beast of a book and join Marco in his journey across the quadrants. DAWN follows on the heels of its predecessor, Brand of Light, which won multiple awards this summer. 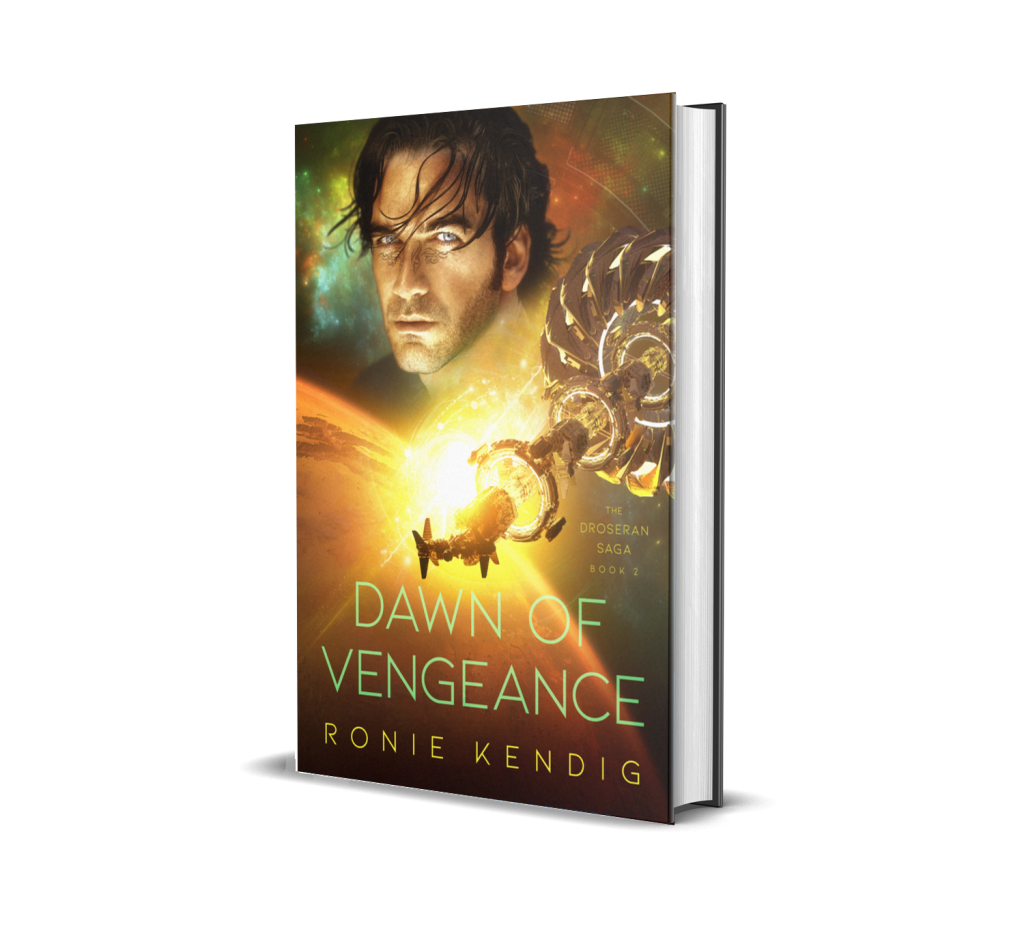 ABOUT DAWN OF VENGEANCE:

A haunting prophecy upended his identity. Now it demands his life.

Once a formidable bounty hunter, Marco Dusan is plagued by insecurity as he tours the realm he now rules. This quiet, backwater planet is not as untouched as he’d once thought. Evidence of collusion between Droseran factions and the powerful Symmachians with their forbidden technology litters his encounters. Worse, all signs indicate Xisya, the alien who tortured him, is still snatching Kynigos Brethren—but to what end?

Lance Corporal Eija Zacdari works hard to win a coveted place on the Symmachian hyperjump program, but instinct tells her their intel is flawed. Despite nearly failing the tests, she is assigned to the team-and lands in the middle of a bewildering conspiracy.

Haunted by a prophecy that promises pain and war, Marco forges alliances to protect the primitive world against Symmachia’s devastating influence. But one truth becomes painfully clear: the biggest threat to their world may be much, much closer to home. 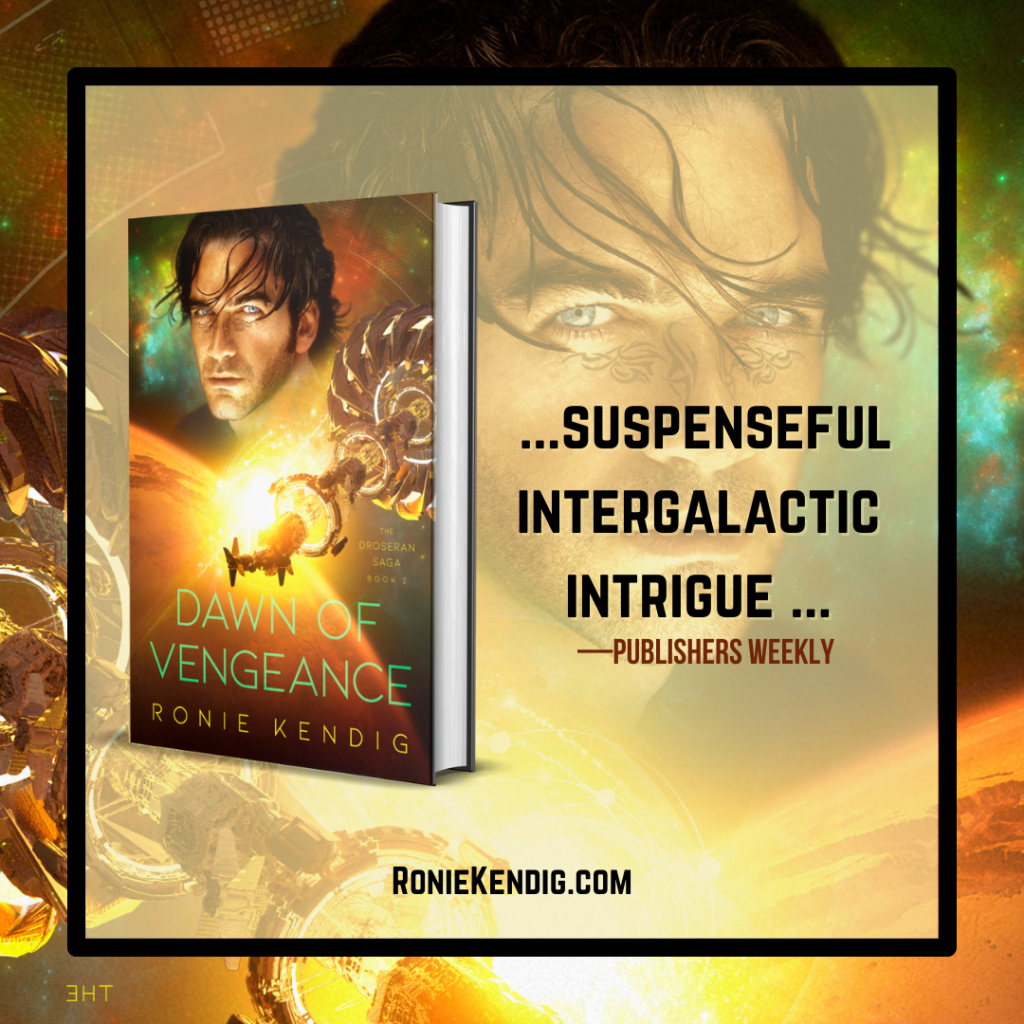 PRAISE FOR DAWN OF VENGEANCE:

“An adventure that will have readers flying through stars, unraveling conspiracies, and cheering for a diverse cast of characters.” —Shannon Dittemore, author of Winter, White, and Wicked

“Kendig masterfully weaves a tale of love, strength, and beauty that will leave readers captivated with every twist this epic saga has to offer.” —Morgan L. Busse, award-winning author of The Ravenwood Saga

“Absolutely extraordinary! Kendig has once again proven herself a victor in the realm of the space opera—brilliantly returning readers to a galaxy as captivating as her characters.” —Lauren H. Brandenburg, author of The Death of Mungo Blackwell