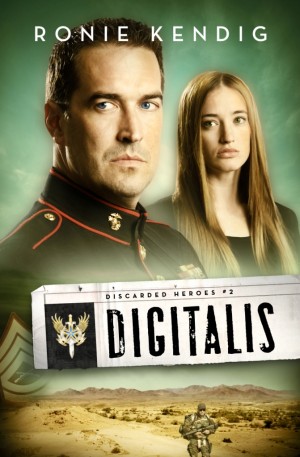 I am so tickled to see Digitalis, Discarded Heroes #2

, make the 2011 INSPY Short List in Suspense/Thriller!!! OORAH!! Thank you to all readers who nominated Digitalis, and to the judges who have done an incredible amount of reading to determine the short list. WOOT!!

Here is the full 2011 INSPY Short List straight from INSPYs.com:

The INSPY Advisory Board is pleased to announce the shortlists for the 2011 INSPY Awards. We thank you for your enthusiastic nominations of books and again acknowledge the difficulties in narrowing the field with so many quality nominations.

Wolves Among Us by Ginger Garrett, David C Cook, April, 2011

Back on Murder by J. Mark Bertrand, Bethany House, July, 2010

Over the Edge by Brandilyn Collins, B&H Publishing, May, 2011

A Heart Most Worthy by Siri Mitchell, Bethany House, March, 2011

Within My Heart by Tamera Alexander, Bethany House, September, 2010

The Fences Between Us by Kirby Larson, Scholastic, September, 2010

The Truth of the Matter by Andrew Klavan, Thomas Nelson, September, 2010