It is with a full, excited heart that I share this wonderful news!! I have signed a 3-book contract with Enclave Publishing (formerly Marcher Lord Press) for my fantasy series, Abiassa’s Fire. Book 1, Embers, will release Fall 2015.

Publisher Steve Laube has long known of my love for speculative fiction. When I first met him ten years ago at a small conference in Dallas, TX, I pitched a futuristic tome I’d completed, Liberty’s Son. Steve was interested, which shocked my newbie heart. Granted, I was not ready for publication then, but I never gave up. I persisted (okay, and maybe a fair amount of nagging). 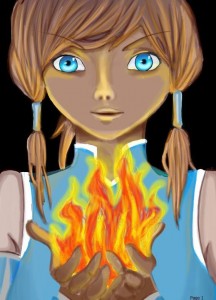 So, I’m delighted that Steve, who long ago saw merit in my concepts and writing, has offered this three book contract. The Abiassa’s Fire titles will include: Embers (2015), Accelerant (2016), and Fierian (2017). Here is the blurb from the proposal (though this might change):

To save the kingdom, his sister sacrificed everything.

Now, he must save her.

Feilyn Celahar, heir to the throne and princess of the Nine Kingdoms, is the only hope for Seultrie and its people against the powerful Poired Dyrth, a leader whose fire-channeling Gift far outbursts the king’s, and even Feilyn’s.

Now he’s coming for her. And the kingdom.

Poisoned and crippled as a young prince, Haegan Celahar is temporarily transformed by his sister, a feat that costs Feilyn—and the kingdom—far more than she ever  expected. Embroiled in her plan to usurp their enemy’s plot to overthrow Seultrie, Haegan becomes a fugitive when their father-king believes Haegan is the traitor responsible for Feilyn’s failing health and the loss of her Gift.

Much on the planet has lain dormant in anticipation of the return of Abiassa’s Fire. As Haegan fights his way north to find answers and help for his sister, he is confronted by horrors, legendary creatures, long-forgotten races, and a truth more powerful than all the Flames.