I couldn’t resist titling this with a certain square sponge in mind as he whines out “Fuuuuutuuuuure.” And you guessed it, I’m going to talk about the future. Well, not so much the future, but about what’s next (in terms of writing). 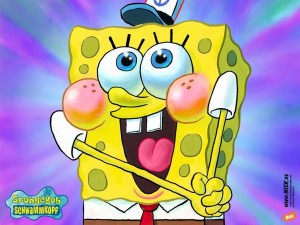 And honestly, I do not know. I’ve been praying about what the Lord wants me to do next, and I just have this image of dark, mostly calm sea that spreads out in front of me. The darkness isn’t about bad things. it’s about unknown things.

That reminds me of the Spring of 2008. Our family was just emerging from a dark valley in terms of finances and testing. Also at this time, we were praying and desperately hoping my first book would sell.

When I prayed, I kept sensing the timing wasn’t quite right yet. I was so irritated after all we’d gone through, but then one day, I realized. God’s answer wasn’t a “no.” It was a “not yet,” and that meant…GOD HAD A PLAN.Knowing that, knowing He had a plan, I was able to release my anxiety and frustration. And that’s where I find myself again today. 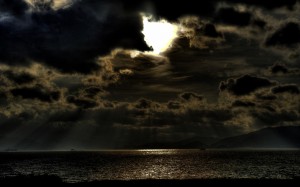 I do not know what’s coming next in terms of my writing career, and rather than a black, empty void, I see a sea. That calls to mind the story of Jesus calming the storm, and I believe He’s calming the storm that has beset my life these past few months.

So, God has a plan. I don’t know what it is yet, but I’m ready for the adventure. And the lyrics to Hillsong United’s OCEANS mirror my prayer today: