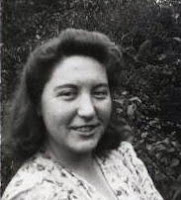 Goodbye, Nana!
I love you and miss you dreadfully!
In loving memory of my beloved Nana, Kathleen Violet Fowler Keane (1919-2008). Late last night, I received word that my grandmother passed on. Her death has hit me hard, reminding me of when my mother died 12 years ago. Brian and I had just agreed we’d find a way for me to go to Ireland to see my mom’s family within the next year–specifically, with my Auntie Pat who lives in CA, for Nana’s 90th birthday in January.

My grandparents married in London, England, but two short years later, they moved back to my grandfather’s native Ireland. There, they raised seven children: Michael, “Tina” (my mum), Margaret, Patricia, Linda, Peter, and Philip. Between those children, they ended up with over twenty grandchildren. I cannot pretend to even know how many great-grandchildren there are now. 😀
50th Anniversary Reunion
Dublin, Ireland
1992

(interesting note: my mother (in teal)worked at this hotel as a teen)