Hi there! This is Camy Tang, and today I get to guest blog on Ronie’s blog!

Ronie wanted me to talk a bit about my suspense writing. Many of you know that my first three books are humorous contemporary romance, the Sushi series. So how did I go from crazy extended families to dead bodies? 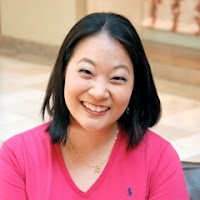 (Although some could argue that crazy extended families can be the cause of the dead bodies—I’m sure there has been more than one homicidal thought during a family get-together!)

While I admit that writing humor has always come naturally to me, I tend to read a lot of suspense. So when I first started writing seriously, I wrote one humorous manuscript (my ill-fated “The Corinthian Rules” manuscript which was truly barf-worthy looking back at it). But then I wrote a suspense manuscript.

Yup! It was called “Furious Dragon,” later changed to “Bitter Dragon” (slightly less violent choice of words). Not many people know about it, but the blurb was up on my website for a while.

“Bitter Dragon” was the first book in a proposed “Fists of Legend” suspense series (a play off of a Bruce Lee movie). Here’s the series blurb:

When their unscrupulous aunt dies, three sisters trained in Chinese martial arts are embroiled in the illegal human cloning operation of a powerful international Asian group called the Septet. Only Erika, Lena and Miriya Fong have the inside knowledge and physical prowess to survey, infiltrate and destroy this corporation harvesting fetal tissue for disease therapy.

Although trained in Chinese martial arts, physical therapist Erika Fong prefers sparring at the kickboxing gym, where the competition allows her to prove her personal worth. She’s not ashamed to admit relief when her despised Aunt Alice slips in the bathtub and dies, but her aunt’s lawyer reveals a surprise inheritance for Erika, her most hated niece—a large sum of money no one knew Alice possessed.

Erika discovers her aunt’s death wasn’t an accident, and that Alice had been in negotiations with Bram Thorson of Thorson Therapeutics, an illegal human cloning company. She narrowly escapes attempts on her life as she races to expose the operation. She is first protected, then betrayed by a mysterious man named Braden, who is somehow embroiled in Thorson’s agenda.

Bram Thorson will stop at nothing to acquire the money that should be his, and unknown to Erika, he has an ace up his sleeve . . . one of her sisters.

Camy here: “Bitter Dragon” won first place in the suspense category of the ACFW Noble Theme contest, now called the Genesis contest, which I coordinate. 🙂 I started coordinating the contest the year after I won the Noble Theme.

I ended up selling my chick lit Sushi series to Zondervan, and so “Bitter Dragon” was relegated to the dust bunnies under my bed.

So when I had a chance to submit a romantic suspense to Steeple Hill’s Love Inspired Suspense line, I jumped at the chance. I did my homework and studied the line, so I knew that the storyline of “Bitter Dragon” was not appropriate for Love Inspired Suspense, but I came up with another three sisters—Naomi, Rachel, and Monica Grant, whose father owns the Joy Luck Life spa in Sonoma, California. And while there isn’t an Asian triad or fetal organ harvesting, there are a few dead bodies to liven the party up.

Thanks for having me on your blog, Ronie!

The Grant family’s exclusive Sonoma spa is a place for rest and relaxation—not murder! Then Naomi Grant finds her client Jessica Ortiz bleeding to death in her massage room, and everything falls apart. The salon’s reputation is at stake…and so is Naomi’s freedom when she discovers that she is one of the main suspects! Her only solace is found with the other suspect—Dr. Devon Knightley, the victim’s ex-husband. But Devon is hiding secrets of his own. When they come to light, where can Naomi turn…and whom can she trust?

Camy Tang writes romance with a kick of wasabi. She used to be a biologist, but now she is a staff worker for her church youth group and leads a worship team for Sunday service. She also runs the Story Sensei fiction critique service. On her blog, she gives away Christian novels every week, and she ponders frivolous things like dumb dogs (namely, hers), coffee-geek husbands (no resemblance to her own…), the writing journey, Asiana, and anything else that comes to mind. Visit her website at http://www.camytang.com/ for a huge website contest going on right now, giving away fourteen boxes of books and 24 copies of her latest release, DEADLY INTENT.