1. A Quiet Place; A Tabor Heights Novel by Michelle Levigne — A Romance from Desert Breeze. Tabor Heights — A friendly little town on Ohio’s North Coast, where the members of one church help each other in their journeys of faith, learning, and love. 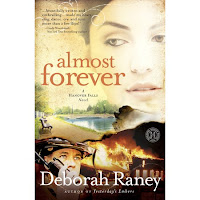 2. Almost Forever by Deborah Raney –– A Hanover Falls Novel. The survivors of five fallen firefighters band together to heal and try to understand the tragedy that took the lives of their loved ones.

3. Betsy’s Return; Book 2 in the Brides of Lehigh Canal series by Wanda E. Brunstetter — An Historical from Barbour. After being left once at the altar, Pastor William vowed to serve the Lord alone. But that was before Betsy’s Return.

4. Black Hills Blessing; A 3-in-1 Collection by Mary Connealy — Three Contemporary Romances from from Barbour. Buffalo owner butts heads with an ornery cattleman; a lady rancher has a cantankerous neighbor; A doormat wife stands up to her tyrant husband. Who will survive when worlds collide?

5. Clara and the Cowboy by Erica Vetsch — A Romance from Heartsong Presents. Alec takes on robbers, rustlers, and kidnappers, but his greatest challenge will be taking on Clara, his boss’s daughter.

6. Crossing Oceans by Gina Holmes – – Jenny Lucas swore she’d never go home again. But being told you’re dying has a way of changing things. Years after she left, she and her five-year-old daughter, Isabella, must return to her sleepy North Carolina town to face the ghosts she left behind. They welcome her in the form of her oxygen tank–toting grandmother, her stoic and distant father, and David, Isabella’s dad . . . who doesn’t yet know he has a daughter. As Jenny navigates the rough and unknown waters of her new reality, the unforgettable story that unfolds is a testament to the power of love and its ability to change everything—to heal old hurts, bring new beginnings . . . even overcome the impossible. A stunning debut about love and loss from a talented new voice.

5. Finding Jeena; Book 2, Homecoming Series by Miralee Ferrell — Women’s Fiction from Kregel. Shaken to the core at the threat of losing everything, Jeena is confronted with her prejudices and with a God she had long forgotten.

6. In Harm’s Way; Heroes of Quantico, Book 3 by Irene Hannon — A Romance from Revell. An abducted infant, a tattered Raggedy Ann doll, a terrified woman and a skeptical FBI agent come together in what Publishers Weekly calls “an ever-climactic mystery.”

7. It Had to Be You; the third and final novel in the “Weddings by Bella” series by Janice Thompson — General Fiction from Barbour. Bella couldn’t be happier that her long-feuding Aunt Rosa and Uncle Lazarro have finally admitted their love for one another and are getting married. Their forties-style wedding is sure to be a night to remember.

9. Legendary Space Pilgrims by Grace Bridges — A Sci-fi/Fantasy/Futuristic from Splashdown. If Pilgrim’s Progress were a space opera, it might look something like this: two young seekers on a journey of discovery, searching for freedom and a planet to call home. 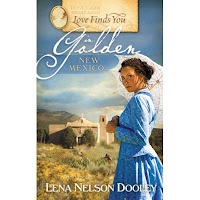 11. Love is Monumental; Book 2, A Walk in the Park by Annalisa Daughety — A Contemporary Romance from Barbour. Finding love has become a feat of monumental proportions for a shy park ranger.

12. Morning for Dove; Book 2, Winds Across the Prairie by Martha Rogers — An Historical from Realms, a Division of Strang Communications. Luke and Dove struggle against prejudice and a deadly natural disaster for their love.

13. No Other; Protecting the Witnesses LIS continuity series–book #3 by Shawna K. Williams — An Historical from Desert Breeze. Jakob Wilheimer longs for healing after his family’s internment during WWII, but will freeing Meri from the captivity of her upbringing heal them both, or tear them apart? 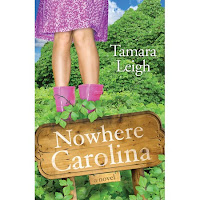 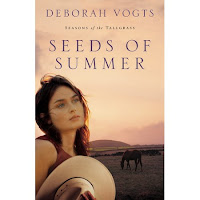 15. Seeds of Summer; Book 2, Seasons of the Tall Grass by Deborah Vogts — A Romance from Zondervan. When a former Miss Rodeo Kansas queen returns home after her father’s death to care for the family ranch and her two younger siblings, what follows is a summer full of change, life-lessons and an unexpected romance with the new minister in Diamond Falls.

16. So Over My Head; Book 3, Charmed Life Series by Jenny B. Jones — General Fiction from Thomas Nelson. Newly single, stalked by a killer, and in desperate need of some chic clown shoes,˜ Bella is one mocha frapp away from a total meltdown.

17. The Heiress; New Jersey Historical Series Book 2 by Laurie Alice Eakes — An Historical from Barbour. Desperate for money, Daire Grassick sells a family heirloom to a lady he doesn’t know, only to discover it holds a secret formula for glass without which his family will be ruined.

18. The Narrow Path by Gail Sattler — A Romance from Abingdon. When they must combine efforts for the most important event in Ted’s church’s history, can modern Mennonite Miranda Klassen and Old Order Mennointe Ted Wiebe find peace somewhere in the middle? 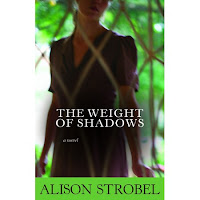 20. The Weight of Shadows by Alison Strobel — Women’s Fiction from Zondervan. Kim has found a way to suffer for her sins and ease her guilt–but is her relief more important than her innocent daughter’s safety?

21. They Almost Always Come Home by Cynthia Ruchti — Women’s Fiction from Abingdon. He was supposed to go fishing, not missing.

22. To Be a Mother by Ruth Axtell Morren and Cheryl St. John — Romance from Steeple Hill. Two heartwarming stories of non-traditional families becoming families in a very traditional sense.

23. White Roses by Shannon Taylor Vannatter — A Romance from Heartsong Presents. Can a heart-broken florist and a widowed pastor reclaim romance after their lives collide among the thorns? 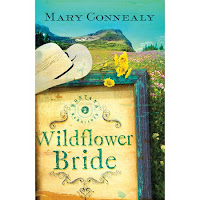 24. Wildflower Bride; Book 2, Montana Marriages by Mary Connealy — A Romance from Barbour. Glowing Sun, a white woman raised by the Flathead tribe, has never met a man she didn’t want to pull a knife on, including the man determined to marry her.