YES!! Enclave Publishing is unleashing another amazing author, Sandra Fernandez Rhoads, on the world, and I’m delighted to be a part of her cover reveal!! MORTAL SIGHT is book one in The Colliding Line. And best of all–you PREORDER MORTAL SIGHT now!! 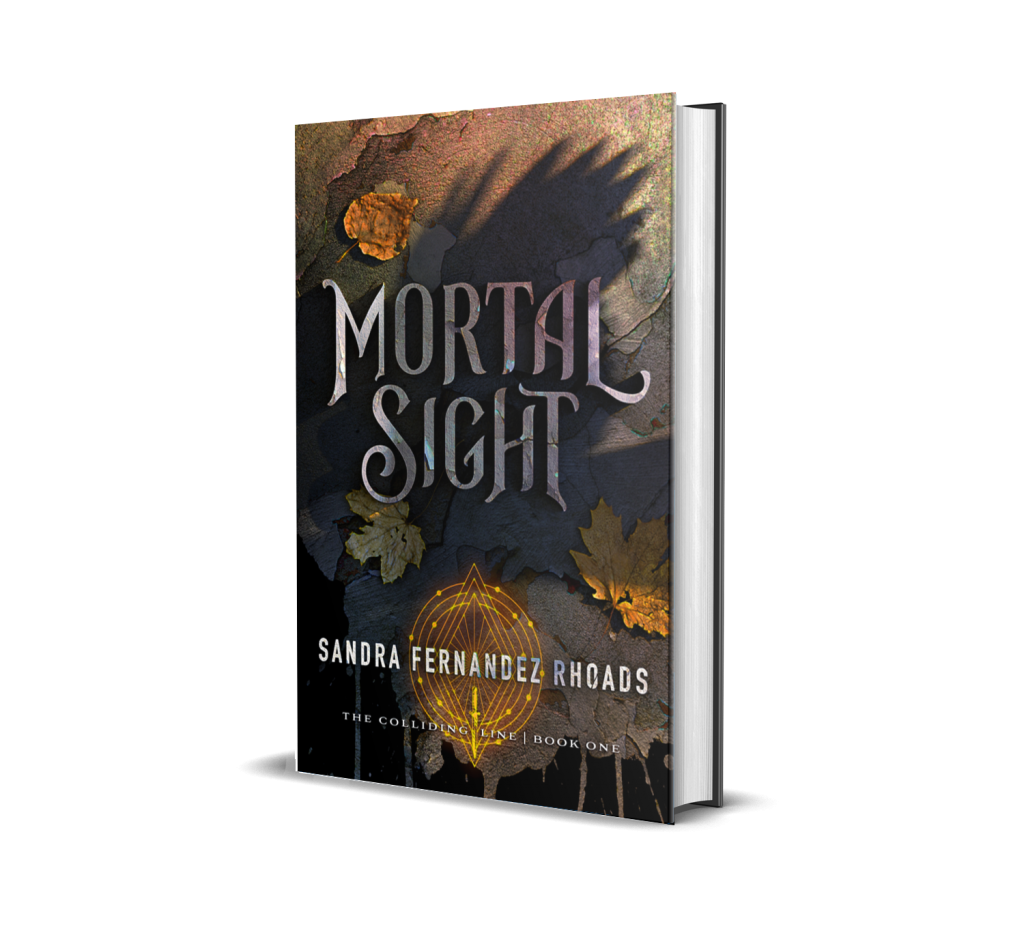 Seventeen-year-old Cera Marlowe wants a normal life; one where she and her mom can stop skipping town every time a disturbing vision strikes. But when a girl she knows is murdered by a monster she can’t explain, Cera’s world turns upside down.
Suddenly thrown into an ancient supernatural battle, Cera discovers she’s not alone in her gifting and vows to use her visions to save lives. But why does John Milton’s poem Paradise Lost keep interrupting her thoughts?
In a race against time and a war against unearthly creatures, will decoding messages embedded in the works of classic literature be enough to stop the bloodshed and protect those she loves?
#yafantasy #urbanfantasy #sandrarhoads #sfrhoads #preorder #coverlove #coverreveal#enclavepublishing #april2020 #mortalsight #thecollidingline #EnclaveEscape