Over the last few months, as my family prepared for a move, then made the move, I used packing/unpacking/painting time to get caught up on episodes of Dr. Who. Then, this past weekend I started watching the spinoff, Torchwood. 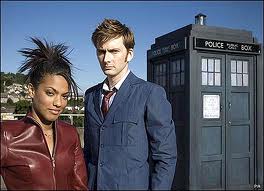 I have to admit, it’s a strange, twisted relationship, me and the Doctor. You see, he’s come to my “aide” during some very difficult times. He’s distracted me from the pain of trials and frustrations. In fact, the reason I watched the first few episodes of Torchwood this weekend was to give myself a break. Dealing with disappointment, disillusionment, and discouragement, (doncha love all those Ds?) I needed a time-out. Away from social media, away from—well, pretty much everything.

As I prayed, read by Bible, worshiped, I grew to understand that much of what I’ve been feeling is “friendly fire,” self-inflicted. Not intentionally. I mean, I’m not sadistic or anything. But I am a dreamer. I have a very good imagination and I had all these wild notions of what life would be like once we made it to Virginia and were no long living apart. And the writing endeavors—I believed they’d smooth out and calm down so that I could slip into an “normal” rhythm of writing and homeschooling.

In fact, things seemed to have gotten worse. And as I looked around and saw that things were still not as I wanted them, I (am ashamed to say) grew discontent. Over time, that hurt became a “sore” and the sore festered (not intentionally). Until this weekend. I’d gotten to the point that I was “so over it.” I saw things in a grim light, and it seemed that everything that happened seemed to prove my thoughts.

Sitting here this morning, I realized I’ve been viewing things through the light of my perceptions. And that reminded me of Dr. Who—the perception filter: has the effect of directing attention away from the object or its bearer, rendering them unnoticeable. Where things/people exist just beyond the edge of our periphery that we often miss them. And even to the point that “we don’t want to know.” This creature below was one that used the telepathic perception filter to hide its presence. 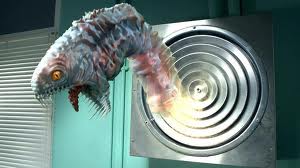 And how often is that true of Truth–God’s truth–that we often miss it because we are so blinded by our own pursuits and dreams and goals?
I had expectations. I had hopes. I had dreams. Had it all planned out (well, mostly) how this thing called my ‘writing career’ would go. How our financial situation here in Virginia would go. How . . . just about everything would go. In my quiet time this morning, my devotional with Beth Moore said, “We see that God always fulfills His promises, just not always the way we imagine.”

And when they didn’t GO that way. . .I lost hope. Selfishly—(feeling very ashamed at this point)—I didn’t want to know that this wasn’t God’s way. Ouch! I wanted *my* way, because I had it all planned out. . . And honestly, I didn’t even realize that till I started writing this article. (Pardon me, while I stop and ask God’s forgiveness.)
Another great thing about the Dr. Who perception filter is this: Once a person became aware of a perception filter and the object it was disguising, they could no longer be affected.

So, that’s my goal. I don’t want to be affected by MY truth of what’s happening, MY idea of how things should go. Yes, I want to have dreams and goals, but I do not want to be so rigid in my thinking, so inflexible, that when God sends me down another path, I wallow and become discouraged/depressed. I want to be transformed by the Truth—God always fulfills His promises.

When things go awry—and again, that’s OUR perception of how they “should” go—I want to be flexible and faithful enough to recognize that God’s plan hasn’t changed, and as long as I know He is there, He is leading, I’m GTG (good to go).