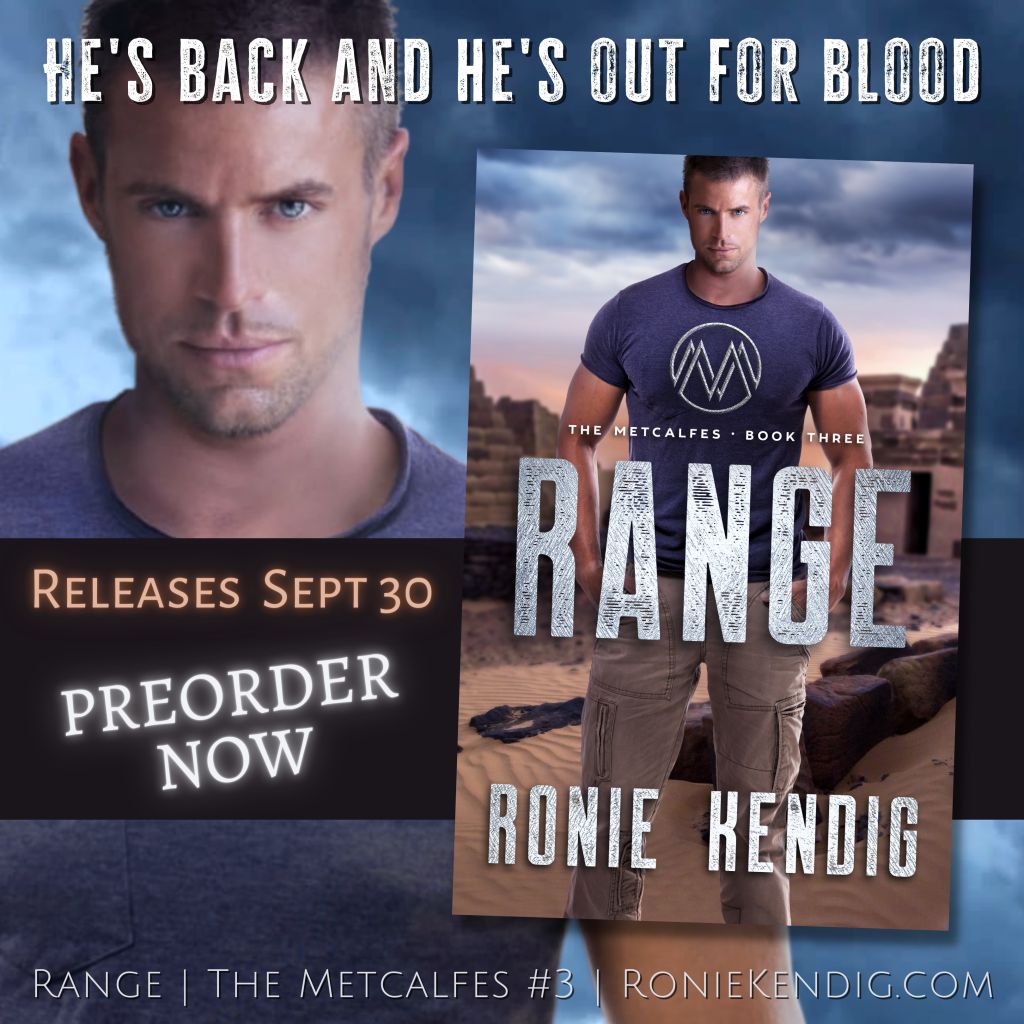 RANGE officially releases September 30th–God willing and the creek don’t rise! The ebook is available on Amazon, and it will populate to other retail sites in the coming days. Paperback, as usual, will be available eventually–just takes longer as there are more hoops to jump through for that. I cannot wait for you to read Range and Kasra’s story! It was super challenging and the more I wrote, the more I realized Range is a *lot like Canyon, his older brother (Read his story in WOLFSBANE), but with a heaping dose of attitude and sense of superiority. Add to the mix a woman was had to protect her life and the lives of dozens of trafficking victims … and you have an explosive story!!

He’s back and he’s out for blood!

Fed up with living in the shadow of his brothers, Range Metcalfe struck out to carve a name for himself—one written in the blood of many a terrorist. Now, he’s targeting the notorious Madam of Kandahar, who has trafficked children and women. Finally given the green light, he captures her and quickly finds himself entrenched up in a deadly encounter that forces him into the Afghan wilderness—with the madam.

Ten years trapped in human trafficking, Kasra Jazani has little left of her soul. No longer able to live with herself, she takes matters into her own hands and coordinates an escape, a massive coup against the man who has kept her and so many others captive. They flee into the night—right into the fierce and capable hands of American operators, who ruin everything and put lives at risk.  Livid, she knows death is coming for them, because she also holds a very dangerous, very powerful secret: the name of the man at the top of the trafficking ring. Now that monster wants her—and her American protector—dead.