It is with extreme pleasure that I announce I’ve signed another 3-book contract with my wonderful publisher, Barbour Books, for a series entitled… 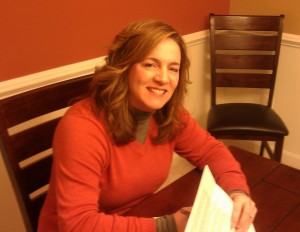 Known as the “quiet professionals,” Army Special Forces soldiers radiate an aura of competence and reserve. After being tested in every type of hazardous environment and through dangerous, unconventional, direct action and counter-terrorist missions around the world, the quiet men of the US Special Forces have no need to broadcast their deeds. Their record speaks for itself.

“Special Forces are often deployed to preclude, preempt and resolve terrorist incidents abroad. They prevent, deter and respond to terrorist activities and train other nations’ military in the basics of fighting terrorism.” ~~GoArmy.com

If you’ve read the A BREED APART series, you’ve met ODA452. Watterboy, Java, Rocket, Scrip. These men  have been awarded medals of valor. They’ve become some of the best. So, General Lance Burnett is taking them off the grid. ODA452 is going dark. Now, they’re known as Raptor Team.

Raptor Six – Captain Dean “Raptor Six” Watters has always accepted he might die in the line of duty. But he’s never met anyone besides his teammates he’d actually put himself in danger for. Until now.

Hawk  – Staff Sergeant Brian “Hawk” Bledsoe is a communications expert who takes life with a grain of salt—until he must sacrifice everything to save a humanitarian and her class, who come under fire—literally—by the Taliban.

Falcon – 1st Lieutenant Salvatore “Falcon” Russo is dedicated to his team—until the new team member is announced—a female. He’s challenged when she holds her own amid a deadly threat against the U.S. military.

Thank you, Barbour Books, Becky Germany, Kelly McIntosh, and the entire Barbour team for believing in me enough to give me yet another chance to keep doing what I love most–writing!! OORAH!