It’s true – the professional reviews are coming in, and Tox is scoring big!!

Kendig’s first book in her Tox Files takes readers on an explosive, action-packed global journey to stop a terrorist from releasing a deadly toxin with biblical origins. Kendig has pulled out all the stops in this highly entertaining read that has plot elements of a Tom Clancy or Dan Brown novel. This is a thrill ride with a story that barely stops to catch its breath before the action revs back up again. The hero, Tox, is riveting, the heroine is strong, the secondary cast is well developed and the romance is light but sweet. Kendig has out done herself and her latest easily deserves a Top Pick!

Four years ago, Cole “Tox” Russell was on a mission that ended up disbanding his team and left him a wanted man. Now, Tox has been lured back to the United States with an offer that could result in a pardon. However, the offer involves stopping the release of a deadly toxin that could wind up costing him his life and the life of his newly reformed team. With the help of an archeologist and an FBI agent with ties to his past, Tox will embark on a perilous mission to find and stop the enemy before the enemy finds him first. (BETHANY HOUSE, Dec., 416 pp., $14.99 )

And if you haven’t tasted this inTOXicating series yet – join the mission!! The Warrior’s Seal is a digital-only novella prequel that is an action-packed mission of its own! 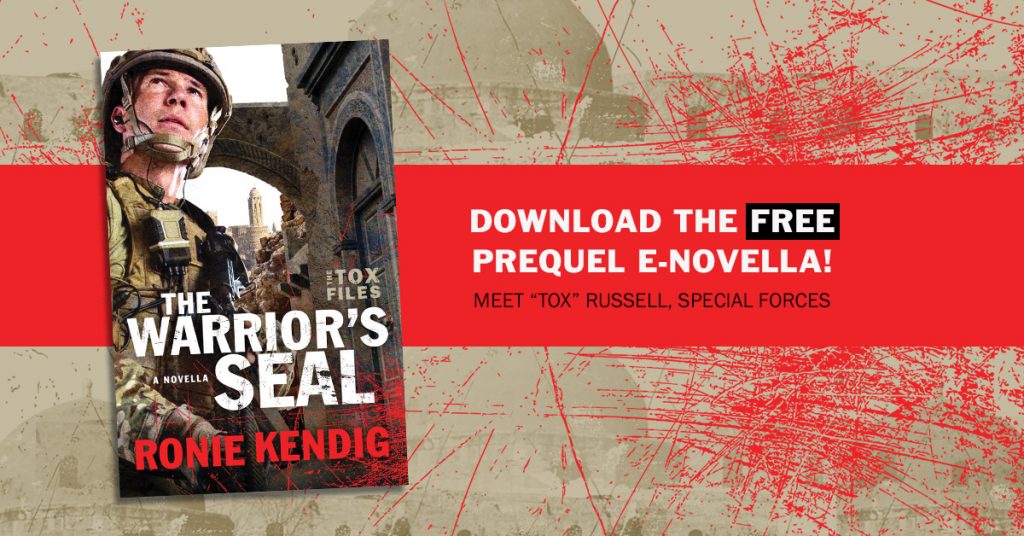