This March officially marks the 10th Anniversary of Rapid-Fire Fiction first being published–and I’m DEAD! I cannot believe I’ve been published for ten years, and in that time, I’ve had twenty-five stories released into the wild. My first contract came in 2008. When Steve Laube called to offer representation in February 2007, I had no idea the journey I’d just been plucked into with its highs, lows, victories, tears, awards, best-seller lists, speaking engagements, teaching at conferences … It is hard work, but I wouldn’t want any other job!

The easiest part of this career is that I get to write. I love writing, and I’ve LOVED writing paramilitary fiction for the last 12+ years and being a part of the mechanism in society that opens dialogue about our veterans and the toll combat takes on them & their families. I am really looking forward to a new series I’m brewing on the down-low that will return my efforts to that original mission, a series similar in tone (and somewhat in style) to the Discarded Heroes.

To celebrate 10 years of being published, I commissioned Matt Jones of Jones House Creative to design this brand-new Rapid-Fire Fiction griffin emblem that features the names of the heroes from each of my books. 😀 ANNNNND, I’ve put mugs and t-shirts up for sale on my website with this awesome logo, which features a griffin, the symbol the ladies of Operation Zulu and also the symbol of military courage, which couldn’t be a more appropriate symbol for Rapid-Fire Fiction. 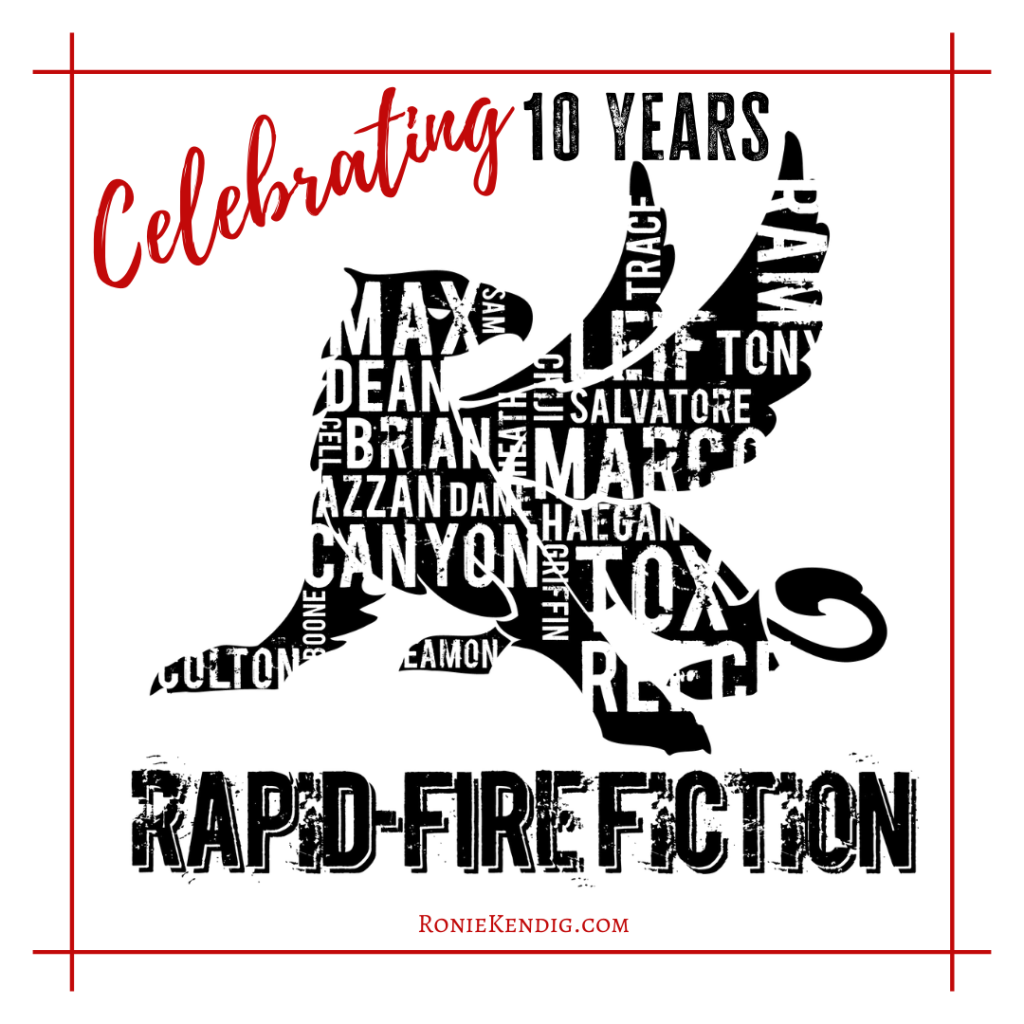