VOIDS!! It’s the gorgeous COVER REVEAL for SHADOW OF HONOR, Book 3 of The Droseran Saga. Isn’t she beautiful? SHADOW will release June 2022 from Enclave Publishing. I’m thrilled with this cover, as it’s perfect and conveys the right message for this installment in my much-beloved series. It took some back/forth to find the right representation of Isaura for this cover, but I think we finally landed on the perfect model, who is both demure yet strong. Also, I love that Marco is in shadow, which lends itself to the story and his journey far from home. ANNND Best of all—you can PREORDER NOW (LINK IN BIO) 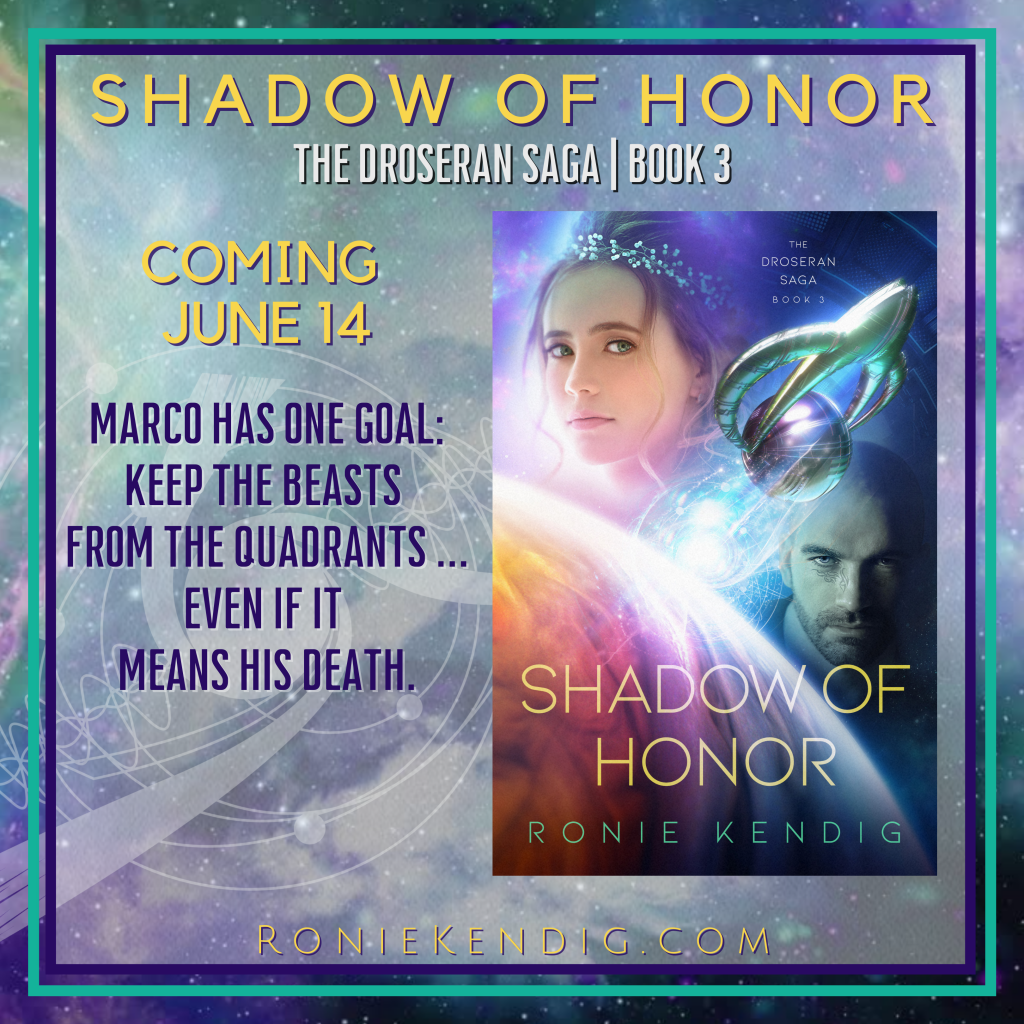 ABOUT SHADOW OF HONOR:

Held captive, tortured by monsters of a nightmarish alien race, Marco Dusan clings to a final goal: keep these beasts from the Quadrants, even if it means orchestrating his own death. But his dreams betray that singular design. In them his bonded calls to him across lightyears. Does he leave her to fight Symmachia alone, or risk bringing an unwinnable war to every planet in the Quadrants?

On board the alien dreadnought, Eija Zacdari flounders, torn amidst military machinations, prophecies, and an inexplicable bond with one of the fearsome creatures who have imprisoned her friends. Only by uncovering the truth about an ancient conflict now shrouded in deception will she find her place.

Faced with her true identity, Eija sees her purpose snap into focus, and she realizes the war Marco fears may be the very one he has been called to start.