Did that title grab you? Well, what if I told you a man slaughtered so many animals that the number was too great to count?? Unbelievable? Read on… 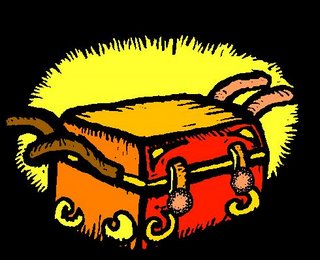 This morning, in reading from the Bible, and something hit me. It says in I Kings 8:

v.5 – and King Solomon and the entrie assembly of Israel that had gathered about him
were before the ark, sacrificing so many sheep and cattle that they
could not be recorded or counted.

I thought, wow, thousands? Well, I’d have to guess no, since at the dedication of the temple, scripture later says:

62then the king and all Israel with him offered sacrifices before the Lord. 63Solomon offered to the Lord: twenty-two thousand sheep and goats. So the king and all the Israelites dedicated teh temple of the Lord.

So in order to make the trek from where the ark was housed to the temple Solomon built, they probably didn’t take more than a step or two at a time without sacrificing an animal.

And this is where I had my epiphany: That’s just like our lives. We shouldn’t move ahead once we have His guidance more than a couple of paces without covering what we’re doing in prayer and offering our lives, our works, our hearts as a sacrifice to Him. Solomon kept the blood sacrifice over his actions and movements. We should do the same.

A few years ago, my family went through what our pastor called a Desert–much like the Israelites. I confess that during that time, I was broken in more ways than one. Though I am grieved to admit it, I no longer believed prayer worked–I was lost in hopelessness. Then, about a year ago, I read the book Committed But Flawed by Cecil Murphey This book revolutionized my thoughts about prayer. I took what, for me, was a huge step of faith and started praying again. Amazingly, God responded almost immediately. This gave me the courage to keep praying. I believe God said to me recently that what He wanted to accomplish in my life and that of my family’s would only be done through prayer. Well, hello! I guess that means more commitment to prayer. 😀

So, there it is. Not really that profound, but it was a kewl to me.