Well, it’s been an interesting few weeks for me. My husband is now working away from home, living in another city during the week, while I remain at home with the kids. It’s a challenge I’ve never faced before, and one that has brought me to my knees more than once already. But in the middle of all this, we’re beginning the journey toward restoration in our lives.

Five years ago our family endured the brutal loss of our first home to foreclosure. Since then, Brian has been laid off five times in four years. Our financial situation has been strained, at best, and null at worst. But now, God has placed our feet on a new path. Brian’s new job is one that he’s actually set to earn more money than he has ever earned before! And we’re starting the process to buy a home. All good things, yes? Yet, it seems at every curve and bump in the road, I find myself saying, “See? I knew it wouldn’t work. Good things don’t happen to us.”

I’m very ashamed and broken over this. This horrible lack of faith on my part was first shown to me earlier this week when I was reading about the Israelites in the desert. They were divinely provided with manna. Now, we don’t know exactly what this stuff looked like, but the Word says that when the Israelites ground it up and made flat cakes, it tasted like PASTRIES!!!!!!!!!! Okay, I’m digging that. LOL then again–I can certainly understand getting tired of manna after a while. I mean, how many times am I willing to eat tira misu, or biscuits with melted butter and drizzled with local honey??? LOL However, the Lord did not tolerate their complaints. As a matter of fact, He became angry with them. Asked, “Has my arm lost its strength?” Then he vowed to give them so much meat over the next thirty days, that they’d gag on it!! Oopsie.

Well. Sigh. I already know I’m more closely related to the grumbling Israelites, despite my working NOT to. LOL But I certainly don’t want to be gagging! 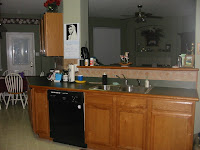 I readily admit it’s hard for me to believe that this will get better. Five years of praying and hoping for the “tide to turn,” and things just got worse every time. And now, I’m challenged to have faith that we can get into a home again. Despite the foreclosure. Despite the bad work record for Brian. Despite the not-so-great credit history. Despite my wounds.

But God is great. His name is great. When the Word was being transcribed, those who were taskedwith copying the texts, would not even write out His full name. And when they did write his name, they would use a pen that had not been used before, then threw it away after writing his partial name.