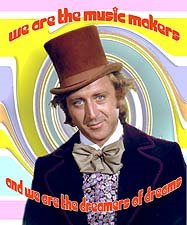 Okay, remember the *old* version of Willie Wonka? Where they’re in that gondola-looking boat run by the Oompa-Loompas?? All the psychedelic pinwheels and radical colors bursting in chaos? And there’s Willie singing that psycho song with his eyes bulging…well, that’s about how my life has felt lately.

Then, I came here to check my blog (I got lost, it’d been so long since I’d visited! LOL). EEK! It’d been nearly three weeks. BAD RONIE! BAD RONIE!

Okay, enough of that. I’m trying to be encouraging here. 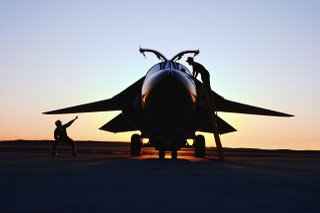 Bitterness. A simple word with two syllables and a whole lotta bad stuff wadded up inside. Things haven’t exactly been peachy for me lately, and I was getting a bit too real about it. Allowing THINGS to get me down, when the CREATOR was right there all along. Amazing how easy it is to ignore the voice of God when you’re in a pity party, huh? Got the music of self-pity blaring, the drugs of depression weighing you down, and the tonic of life-loathing mixing into a volatile cocktail. Down a couple of those, and you put the seeds of bitterness into an accelerated growth period. That’s almost what happened to me. It’s like you’re trying to land your fighter jet on a carrier, but you’re coming in a bit cock-eyed from that powerful cocktail. “Wave off! Wave off!” If you don’t obey those orders, you’re dead.

Well, how about “Look up! Look up!” when you’re in that pity-party. If you don’t pull up and look up, you’re as good as dead. The seed will sprout and dig its roots deep, squelching growth and happiness.

God warned me off this past week. Showed me the seed (thankfully before I watered it with my selfishness). Yeah, I know, this isn’t exactly the flowery stuff I’ve posted before. But I’m determined to get on top of this thing before it buries me in an oak box six-thousand feet under. Wave off from the doubts plaguing you. WHO is TRUTH? Jesus. So, if you’re listening to stuff that is contrary to what **HE** has said, LOOK UP!! Veer around and attempt a better landing. Line up your life and heart with His will, His way, and His blessings will be yours!! Get mad. This is warfare, people. We’re rocking this world for Another!