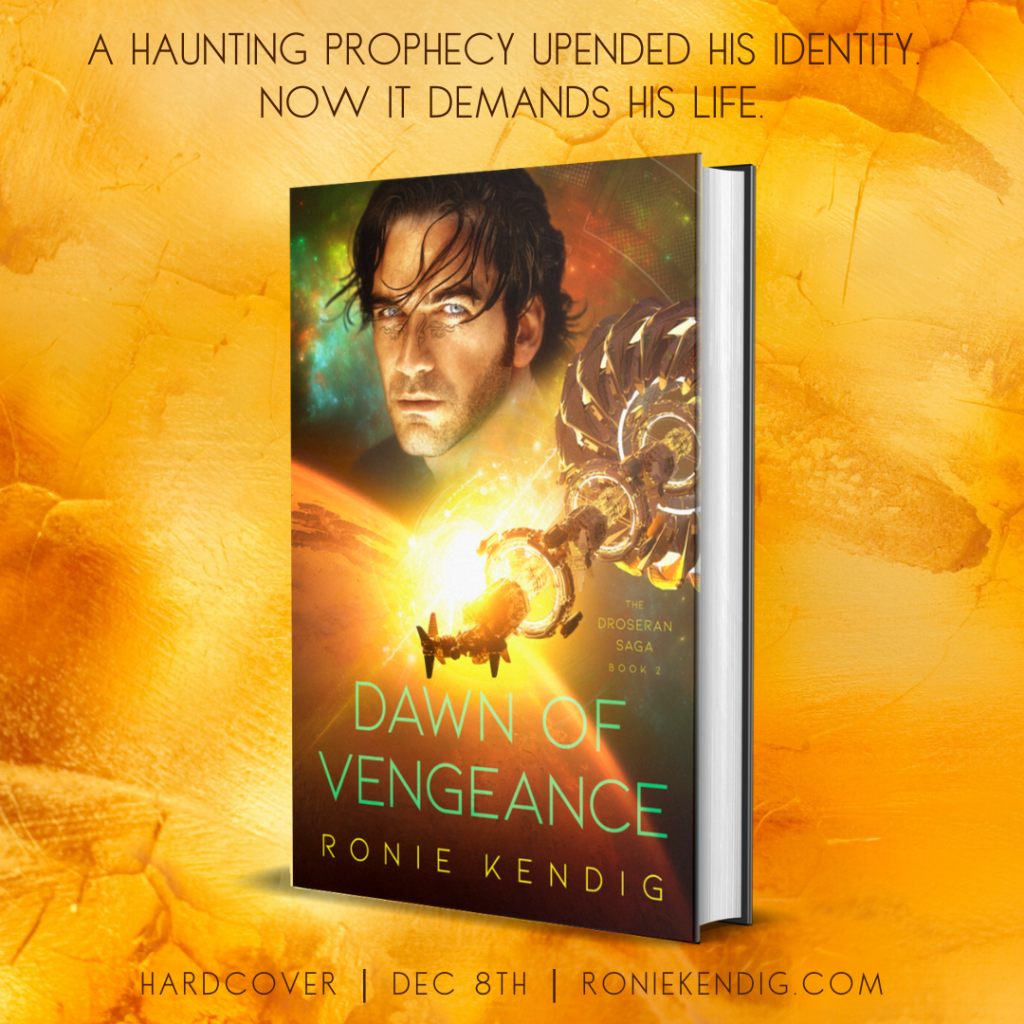 ABOUT DAWN OF VENGEANCE:
Once a formidable bounty hunter, Marco Dusan is plagued by insecurity as he tours the realm he now rules. This quiet, backwater planet is not as untouched as he’d once thought. Evidence of collusion between Droseran factions and the powerful Symmachians with their forbidden technology litters his encounters. Worse, all signs indicate Xisya, the alien who tortured him, is still snatching Kynigos Brethren-but to what end?
Lance Corporal Eija Zacdari works hard to win a coveted place on the Symmachian hyperjump program, but instinct tells her their intel is flawed. Despite nearly failing the tests, she is assigned to the team-and lands in the middle of a bewildering conspiracy.
Haunted by a prophecy that promises pain and war, Marco forges alliances to protect the primitive world against Symmachia’s devastating influence. But one truth becomes painfully clear: the biggest threat to their world may be much, much closer to home.