Like you, I have a stack of To-Be-Read books sitting on my desk, more on my small bookshelf, and entirely too many on the bookcase behind me (that’s intentional–if I don’t look behind me, I don’t feel as guilty that I’m so far behind on reading).

But I love books, and I’m always looking for hot new reads. Here are some coming this fall (and a couple early next spring) that I’m desperate for! There are so many titles coming out, but I’m limiting to these…for now. LOL 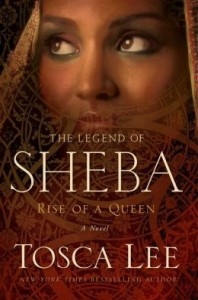 Buy The Legend of Sheba: Rise of a Queen 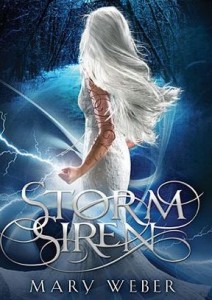 In a world at war, a slave girl’s lethal curse could become one kingdom’s weapon of salvation. If the curse—and the girl—can be controlled.

As a slave in the war-weary kingdom of Faelen, seventeen-year-old Nym isn’t merely devoid of rights, her Elemental kind are only born male and always killed at birth—meaning, she shouldn’t even exist.

Standing on the auction block beneath smoke-drenched mountains, Nym faces her fifteenth sell. But when her hood is removed and her storm-summoning killing curse revealed, Nym is snatched up by a court advisor and given a choice: be trained as the weapon Faelen needs to win the war, or be killed.

Choosing the former, Nym is unleashed into a world of politics, bizarre parties, and rumors of an evil more sinister than she’s being prepared to fight . . . not to mention the handsome trainer whose dark secrets lie behind a mysterious ability to calm every lightning strike she summons.

But what if she doesn’t want to be the weapon they’ve all been waiting for? 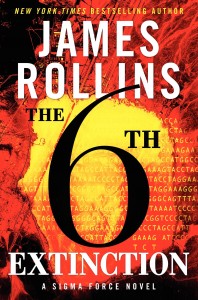 A remote military research station sends out a frantic distress call, ending with a chilling final command: Kill us all! Personnel from the neighboring base rush in to discover everyone already dead-and not just the scientists, but every living thing for fifty square miles is annihilated: every animal, plant, and insect, even bacteria.

The land is entirely sterile-and the blight is spreading.

To halt the inevitable, Commander Gray Pierce and Sigma must unravel a threat that rises out of the distant past, to a time when Antarctica was green and all life on Earth balanced upon the blade of a knife. Following clues from an ancient map rescued from the lost Library of Alexandria, Sigma will discover the truth about an ancient continent, about a new form of death buried under miles of ice.

From millennia-old secrets out of the frozen past to mysteries buried deep in the darkest jungles of today, Sigma will face its greatest challenge to date: stopping the coming extinction of mankind.

But is it already too late? 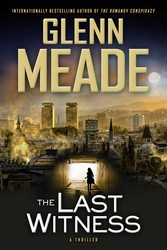 After a massacre at a Bosnian prison camp, a young girl is found alone, clutching a diary, so traumatized she can’t even speak. Twenty years later, the last witness to the prison guards’ brutal crimes must hunt down those responsible to learn what happened to her family.

Twenty years ago, after the fall of Yugoslavia, the world watched in horror as tens of thousands were killed or imprisioned in work camps during an “ethnic cleansing” in Bosnia. Carla Lane has little knowledge of what went on halfway around the world when she was a child. She is living a near perfect life in New York City, married and soon to have a family of her own. But when her husband is murdered by a group of Serbian war criminals, strange memories start coming back, and she discovers that she underwent extensive therapy as a girl to suppress her memories. She is given her mother’s diary, which unlocks her childhood memories and reveals that she was, along with her parents and young brother, imprisoned in a war camp outside Sarajevo. 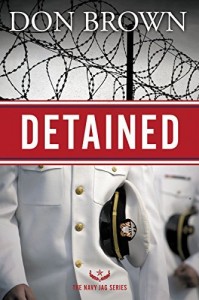 When a Navy Petty Officer is arrested and accused of terrorism, Navy JAG Officer Matt Davis is called on to right a wrong. Davis’ clients are incarcerated indefinitely on trumped-up “terror” charges, and one faces execution. Somewhere between the war-torn plains of Northern Lebanon and the secret torture chamber of Guantanamo lie the keys to justice. But can Davis expose the truth in time to save the lives of those being accused, and at the same time, escape with his own life?

These fanatics … think in slogans and talk in bullets. 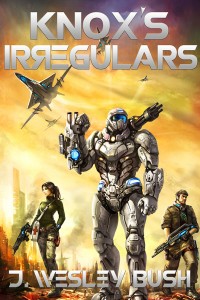 “Such men can’t be reasoned with, only fought.” Randal Knox never wanted to be a leader. But as the firstborn son of the Prime Minister, he seemed fated to a life in politics. Fleeing his family plans, Randal enlists with the armored= infantry, thinking he’ll be safe on the snowy border with neighboring Abkhenazia.

When followers of the Prophet take control of the region, his haven turns into a slaughterhouse. A vast army of zealots invades New Geneva routing its tiny defense force and sending the remnants fleeing for their lives. Knox is forced to take charge of a small band of survivors, sheltering them in the mountains.

Knox has a choice. Will he hide safely in the catacombs beneath the city or embrace his calling as a leader? It could take everything he has, including his life, to save his people. The militia is scattered, his only allies are a turncoat Abkhenazi, a mad Belorussian immigrant, a beautiful but rookie medic, and a handful of armored infantry.