You Rapid-Fire Fiction readers amaze me! You’re attentive and passionate, and I treasure y’all! Many of you have noticed and emailed me that the Discarded Heroes series is no longer available as ebooks…and you’re exactly right. Technically, they are officially out of print. (If you are inquisitive enough, you’ve also figured out the A Breed Apart series is out of print, too…but it will be a bit before that series gets a makeover, because there’s only so much of me and far too few hours in each day. *sigh*).

NOPE! The great news is that the rights to the Discarded Heroes series have reverted back to me. So, I’m working feverishly on some minor editing/tweaking/revising (cuz, y’all–wow, some of these tactical scenes were BAD . . . and my writing has grown . . . and . . . yeah . . .  it’s been SEVEN YEARS since Nightshade released and EIGHT since I wrote it!!).

Due to time constraints and my deep desire to do my absolute best for my current publisher Bethany House on Tox3, I am not adding any new content as I did with Dead Reckoning. However, the majority of it has been updated, some scenes totally reconstructed, and most of it revised. They will be back up for sale over the next few months, with NIGHTSHADE finding its way back to Amazon and B&N sometime IN MAY.

I’m delighted to share with you that we are rebranding this series and the inimitable KIRK DOUPOUNCE of DogEared Design is once again lending his amazing skillz to branding them in the Rapid-Fire Fiction style. What do you think of NIGHTSHADE? Kirk took the original emblem for NIGHTSHADE and reworked it into this AWESOMENESS!! 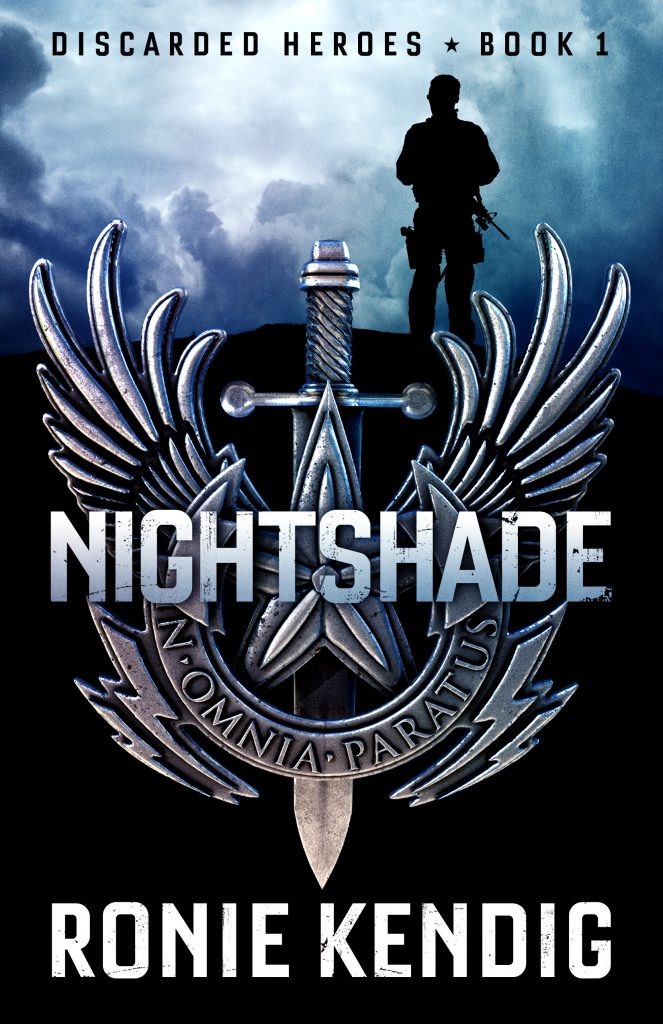 Re-release of NIGHTSHADE will be updated & revised!