I’ve written over twenty suspense novels and novellas, and three fantasy novels, so when readers became aware that I had a science fiction novel coming out, they weren’t really surprised. Especially when I explained this story-of-my-heart that has been in the works for fourteen years is a space opera.

A space opera. Let’s break down this definition so it’s not really so “out there.” Basically, it’s a subgenre that falls under science fiction, but to the soft side, not the hard side (because Ronie can’t “science” to save her life, y’all). This subgenre arose during the 1930s, along with soap operas and horse operas (I had no idea that latter existed!). The term was a pejorative one and coined in 1941 by writer Wilson Tucker, who described it as a “hacky, grinding, stinking, outworn, spaceship yarn.” 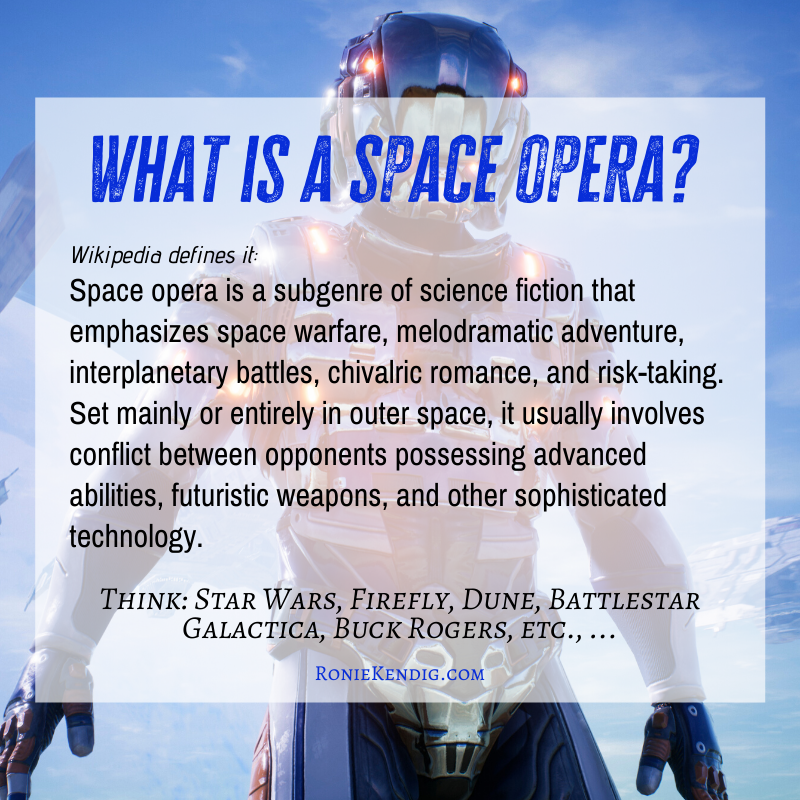 When I finished writing Brand of Light for the first time fourteen years ago, I had no idea what the genre was. I simply knew that I loved the story and the genre. In The Droseran Saga, there is advanced technology, medieval-era planets, advanced weapons, chivalric romance (ahhh, Marco!), and risk taking. I love the descriptor “melodramatic adventure,” because it seems to remind the reader to have fun, enjoy the story. If someone is looking for hard science fiction, this is the not story for them. But if you want a fun space adventure with some romance, Marco and Kersei are ready to have you join the hunt!

Preorder BRAND OF LIGHT = GET SWAG

FOR TWO MORE DAYS (ends on the 17th), if you preorder BRAND OF LIGHT, you can submit your receipt to get a cool swag pack (see image below). Submit your receipts HERE: http://roniekendig.com/brand-of-light-pre-order-swag/ 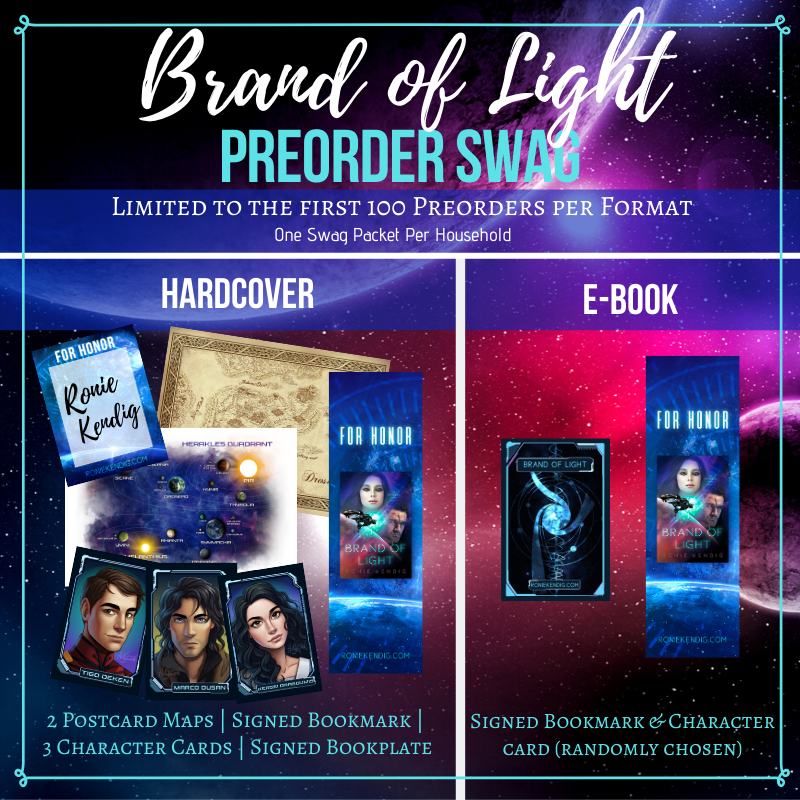