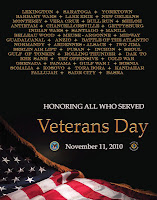 Hey, everyone! I used a random number generator to choose the winner of the AMERICAN HEROES in SPECIAL OPERATIONS book by Oliver North and Chuck Holton. The generator chose “K” (who signed the entry “Kim”) as the winner! I’ll email you, Kim, then it’ll be up to you to reply with your snail mail address so I can get this amazing book to you!

WIN a copy of Nightshade AND Digitalis!!!

In honor of VETERAN’S DAY and the January 1st release of DIGITALIS, Discarded Heroes #2, I am doing a give away. One winner will receive an autographed copy of Nightshade AND Digitalis, which releases January 1st (winner will receive this book when I get my author’s copies that usually arrive a couple of weeks before the books hit stores).

All you have to do is tell me about one American veteran you knew or know. 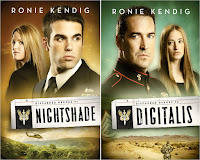 I’ll start by mentioning that my husband, Brian, served in the Army. His career was cut terribly short by a massive knee injury that required reconstruction. He was so devastated, but God used that blown knee and big black brace to introduce Brian to his future wife–me! 😀 I tease him that he used the “Wounded Knee” routine very well to ensnare my sympathies and heart.

Also, Brian’s father served in the Army, winning many awards, including the Distinguished Flying Cross and the Order of Saint Michael. He flew Hueys in Nam and led a long, distinguished career. He’s a man I highly respect and count it such an honor to be a part of his family. He’s truly an American Hero, even though he’d probably argue that being the quiet, humble man that he is–but isn’t THAT as much of what a “hero” is in the first place? I dedicated DIGITALIS to him. 😀