Okay, I’m particularly excited to share this endorsement for DIGITALIS, Discarded Heroes #2, with you because it’s from…ROBERT LIPARULO. 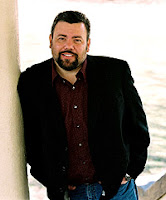 If you haven’t guessed by the frequent mentions of his writing by me on my blog, Facebook, and other social media sites, Robert Liparulo is one of my writing heroes. I’ve yet to read a book by him that I didn’t love and sail through. His stories are exactly what I love to read–and he “gets away” with a plot device that I have long wanted to include in my stories (and in fact, *did* include in Dead Reckoning but was asked during the content edit to remove): implanting a tool, weapon, or device that’s not “real” (yet!) but so close to reality it’s absolutely plausible and/or is in the process of being created.

To me, that’s an artful touch that few authors attempt and succeed at implementing with plausibility. But Liparulo does it–and with style! I learn a lot every time I read a Liparulo story, and to me, that’s the mark of a great author. There are “places” I’d like to go with my writing, and he is a source of inspiration.

Balancing a story of high action and deep emotions isn’t easy, but with Digitalis, author Ronie Kendig pulls it off with the casual grace of a truly talented storyteller. I don’t know what kept me on the edge of my seat more, the fast-paced military intrigue or the powerful tugs on my heart. Doesn’t matter: This is one pulse-pounding adventure you don’t want to miss.
–Robert Liparulo, author of Comes a Horseman, Germ, and the Dreamhouse Kings

And just in case that whet your appetite, here is the blurb for Digitalis (Discarded Heroes)

An Intriguing Woman Draws an former Marine into a deadly game.

Colton Neeley left his military career to take care of his four-year old daughter. Although he’s firm in his faith now,

the repercussions of his former life are still evident—namely his daughter and debilitating flashbacks from combat-related trauma. Can he muster the courage to step out of his self-imposed isolation and embrace the new woman in his life?

Piper Blum is hiding—from life and the assassins bent on destroying her family. Although smitten by Colton, she fears the day he discovers her secrets. Does their relationship, built on a foundation of lies, have a chance?

When an attempt on Piper’s life leads to a death, the black ops group Nightshade steps into the line of fire. Will Colton and Piper survive the mission with their love—and lives—intact? Will love cover their multitude of sins?

And by the way, if you have teens or preteens (or adults like me) who love action/adventure with a smattering of fantasy, the Dreamhouse Kings is a FABULOUS series! Besides those, my favorite LIPARULO books are the DEADFALL/DEADLOCK books. Excellent reads!